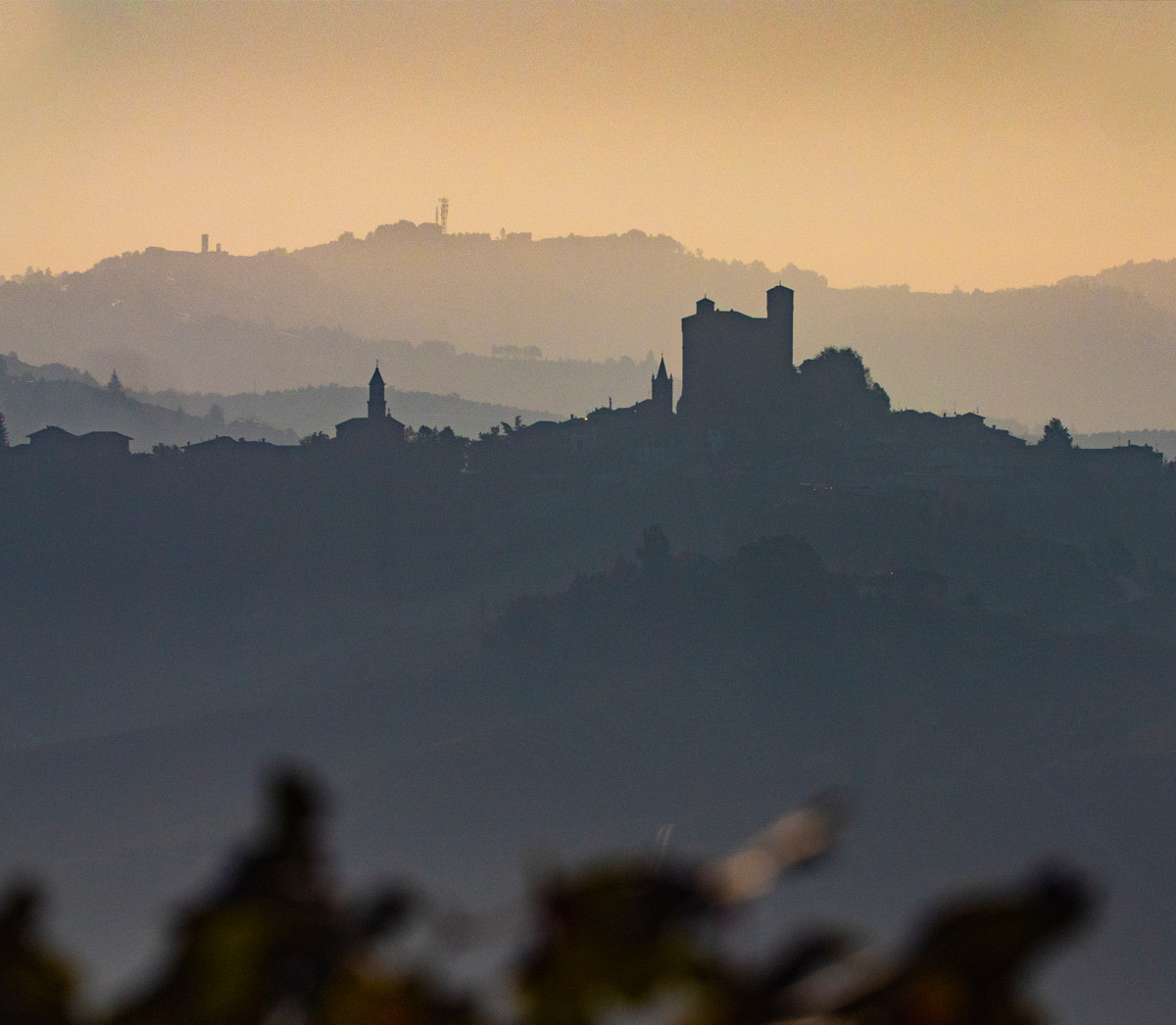 The History of The Langhe

The historic Langhe area is located in southern Piedmont between the provinces of Cuneo and Asti in one of the most beautiful and captivating winemaking areas in Italy. The exact nature of the origins of this region has been lost over the centuries, altered as stories were handed down from generation to generation. The capital of The Langhe, the city of Alba, was founded by a Ligurian tribe, the Statielli, and later the Celts. The Romans brought development to the area and baptized the settlement Alba Pompeia. After the fall of the Western Roman Empire, the city was sacked by the Burgundians in 490 and later by the Lombards, Franks and Saracens. During the Middle Ages it was plagued by conflict and war and its inhabitants built numerous fortifications and it became known as “the city of 100 towers”.

Only in the 1800’s did Alba regain peace and prosperity under the House of Savoy and The Langhe became famous all over the world for its production of Barolo that the noble French family exported to the royal courts throughout Europe. After overcoming a period of farmland abandonment and the Second World War, The Langhe experienced a renaissance due to their excellent production of specialty products such as wine and hazelnuts and a boom in eno-gastronomic tourism. 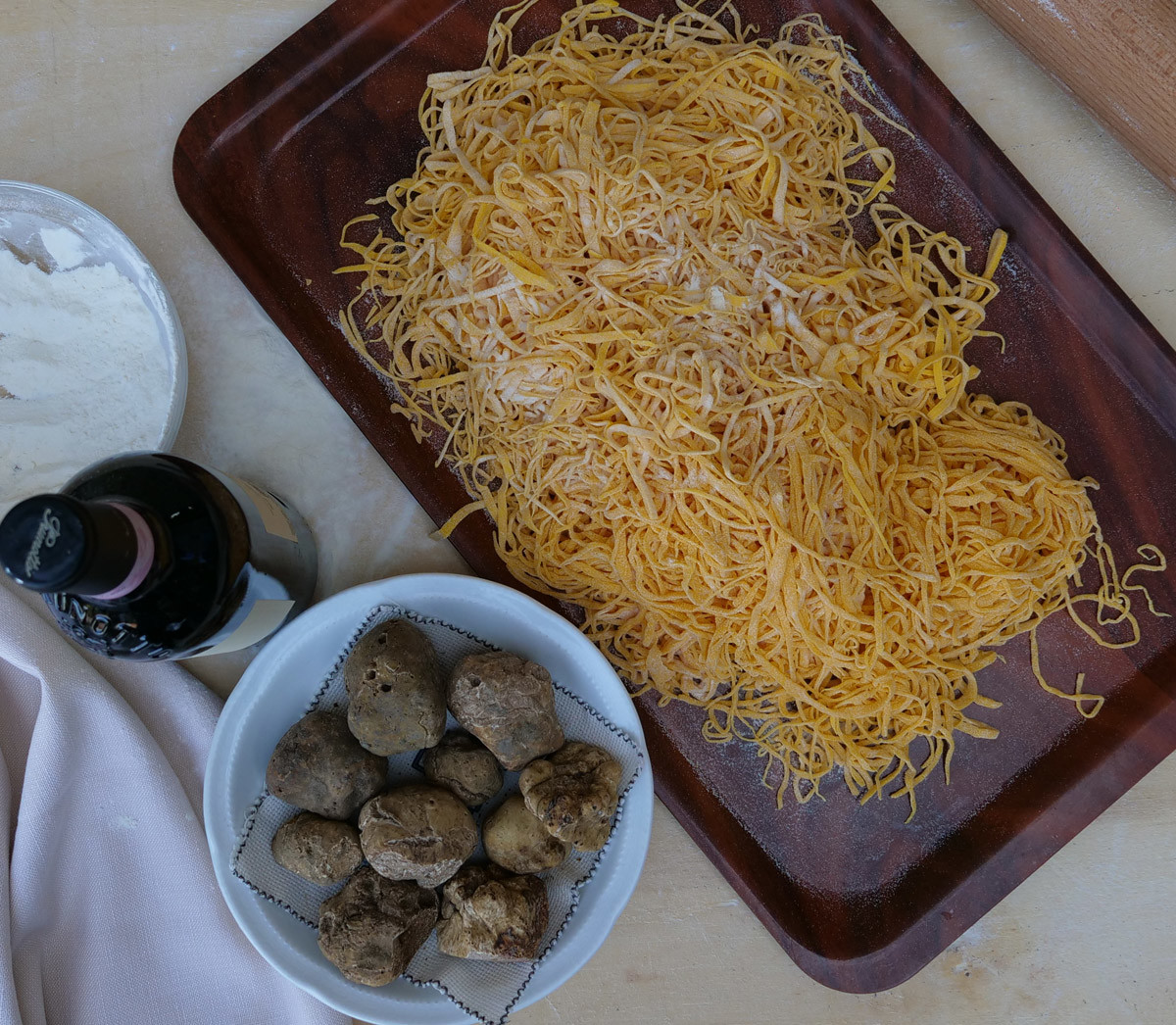 Alba has been the capital of white truffles (Tuber Magnatum Pico) since 1929, perfect with “tajarin” pasta (a kind of tagliatelle with a long ribbon shape). The women of The Langhe usually prepared this authentic dish during the holidays and today it is prepared in the finest restaurants. The ancient rivalry between the city of Asti and The Lange clashes every year during the Palio degli Asini (The Donkey Palio). The Lange was awarded the prestigious recognition as a UNESCO World Heritage Site in 2014. 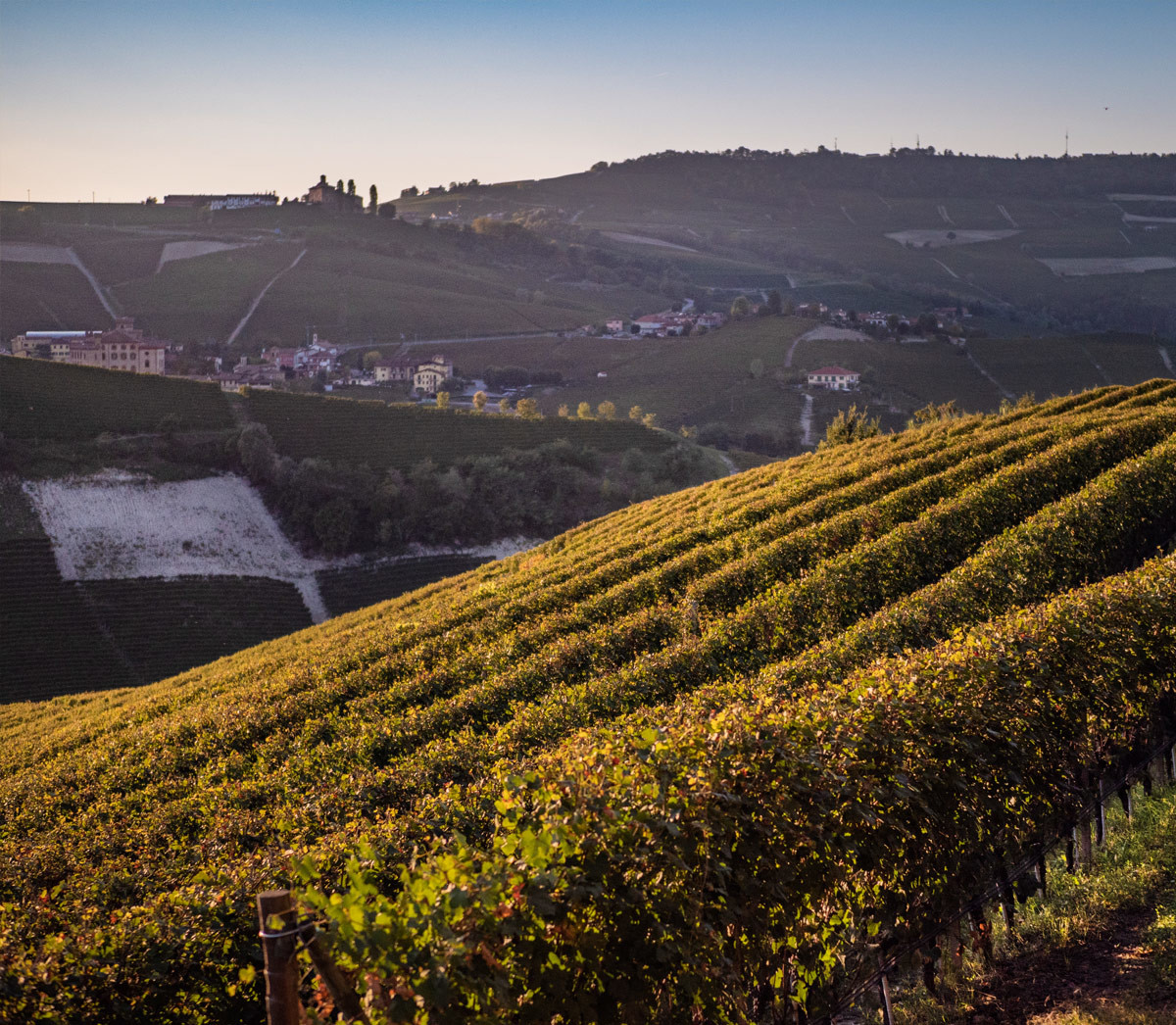 Winemaking in The Langhe

Nebbiolo, Barbera and Dolcetto, which have been cultivated here for centuries, are the three most important grape varieties grown in The Lange territory. Calcareous clay soils in this area date back to the Oligocene era, approximately 23 million years ago, when The Langhe was completely covered by the sea. This particular kind of soil is rich in both marine and terrestrial fossils and was formed during glacial periods in which deep layers of loess, fragmented material caused by the weathering and erosion of rocks, was deposited. 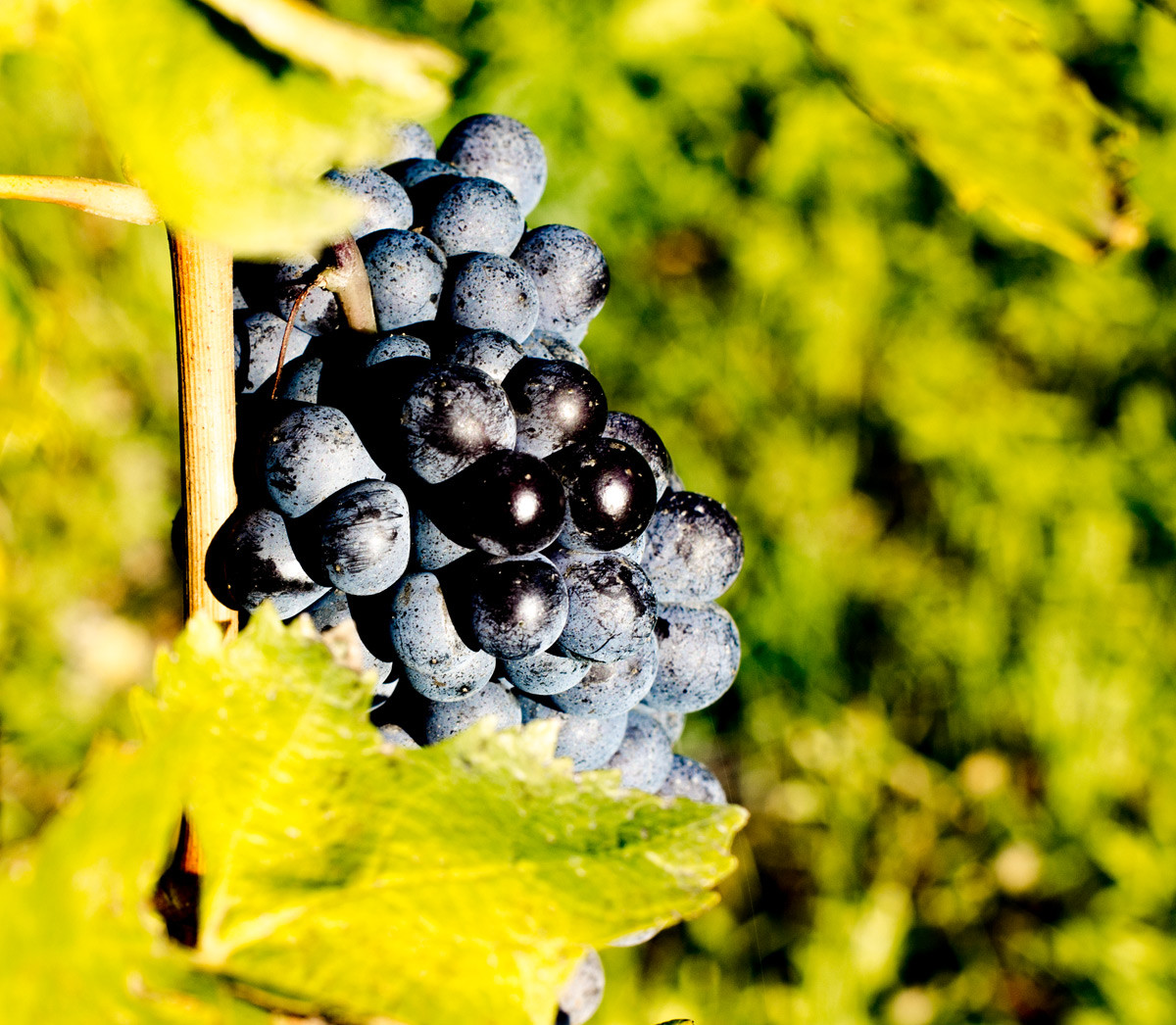 As the soil was further compacted Lequio formations and Diano Sandstone were formed and together with the vineyard’s higher concentration of silt and clay, Nebbiolo grapes develop a more evident tannic structure and greater aging potential. Vineyard management in The Langhe requires that producers prune vines with the single Guyot pruning system, mandatory for Barolo and Barbaresco. 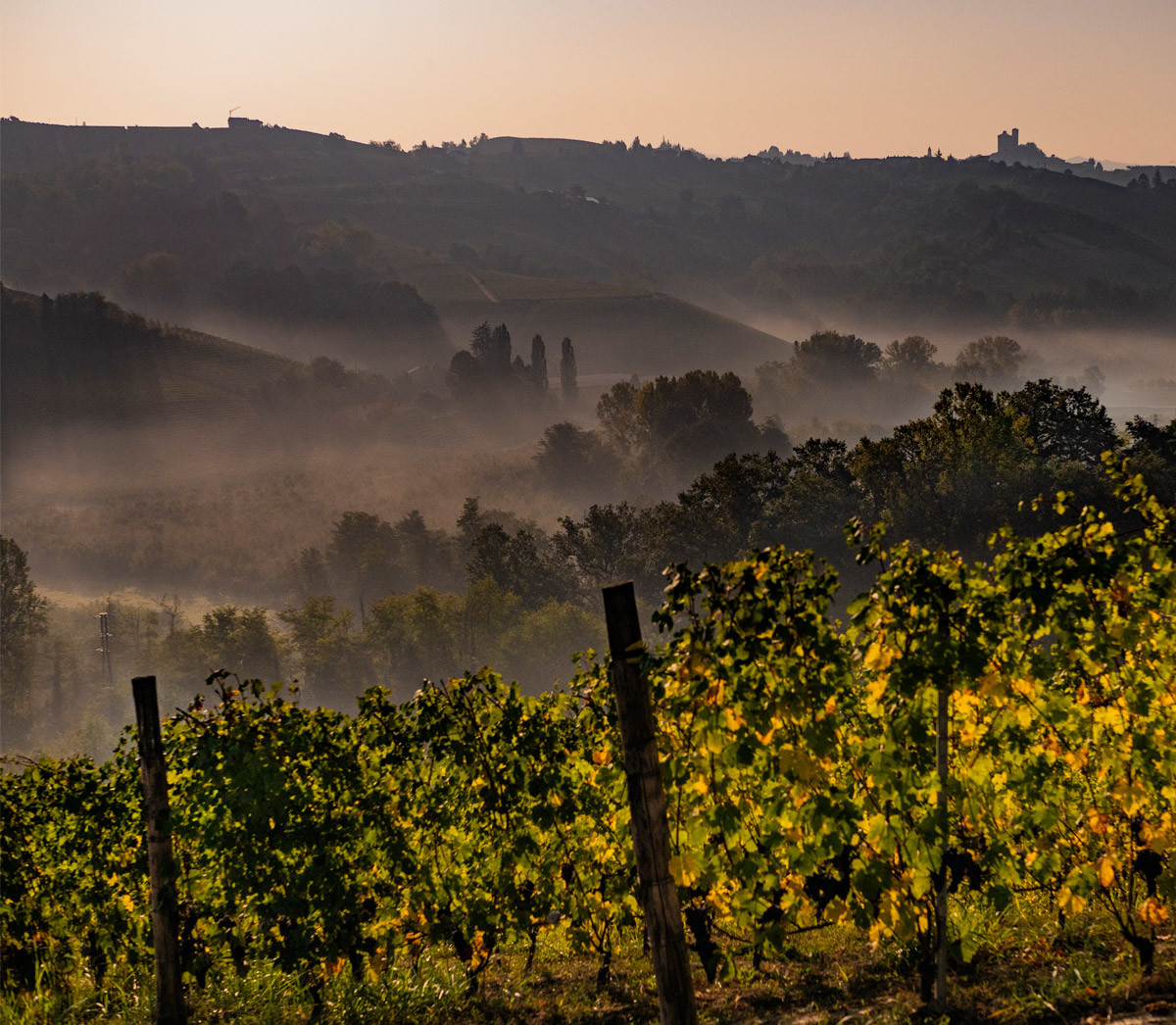 Climatic conditions can be described as Appennine with influences from the Po Valley: hot summers and cold winters in the valleys where temperatures often fall below zero. Despite its proximity to the sea, winters in The Langhe are cold and annual snowfall levels vary from 50 to 100 centimeters.